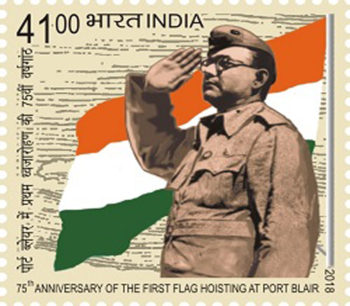 75th Anniversary of The First Flag Hoisting at Port Blair in modern times as the capital of the Andaman and Nicobar Islands is a picturesque tourist location and serves as the gateway to pristine beaches and exotic marine life. After the flag hoisting Netaji visited the Cellular Jail the same afternoon. He spent two hours there going around the Indian Bastille. Describing his visit to the islands later, Netaji said for Indians the return of the Andaman represents the first territory to be liberated from British yoke.